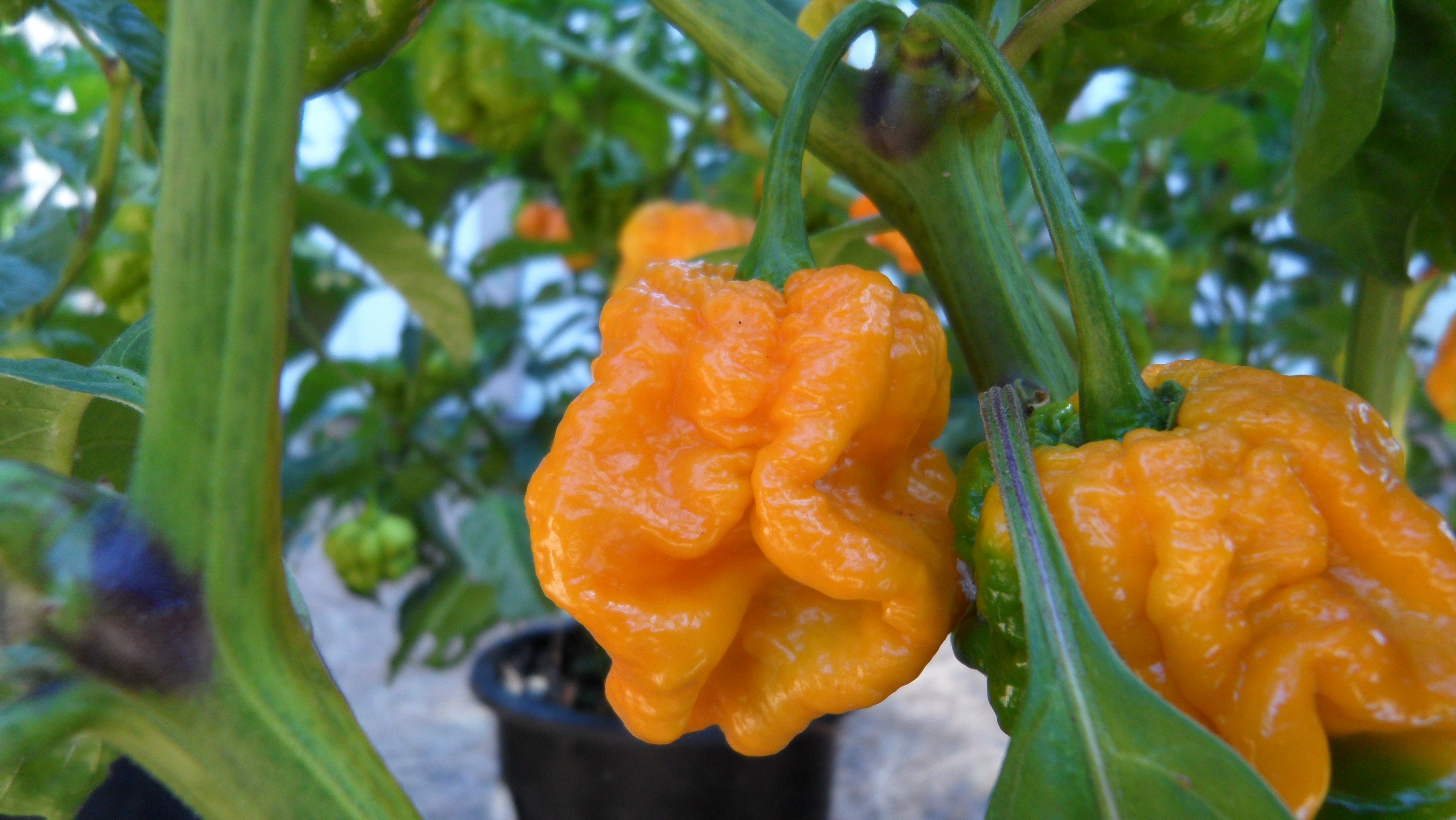 Species: Capsicum chinense
Scoville Heat Units: 1,800,000 SHU
Heat Category: Nuclear
Origin: Moruga district, Trinidad and Tobago
Flavour: Sweet, intense heat but milder than the red Moruga Scorpion.
Background: New Mexico State University’s identified this as the world’s hottest in Feb 2012, saying “You take a bite. It doesn’t seem so bad, and then it builds and it builds and it builds. So it is quite nasty.”