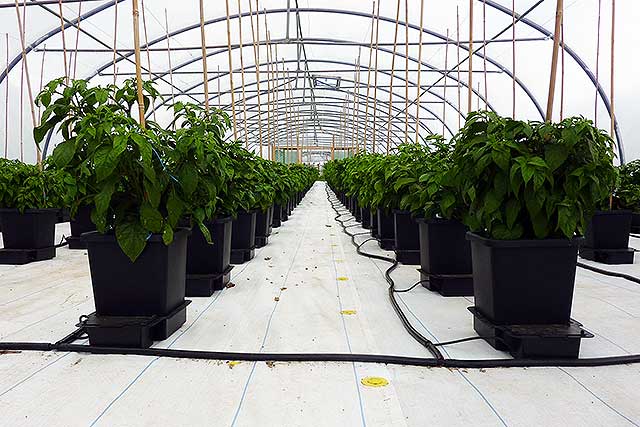 July has come & gone where did that month go ?, I know…..it was spent in Channingswood Prison where I now have 2000 plants across 7 completely set up polytunnels using the Autopot Watering System, phew with the help of the offenders we got there in the end, it’s taken a lot longer than I would have liked but I see this first year as a working learning curve & next year I will have a big head start on this as the majority of the work this year was to get the tunnels fit to use & to install the Autopot watering system.

All 2000 plants are now caned and tied as they need support and yes I don’t half get some funny looks turning up at the prison gates with armfuls of canes day after day after day !!. The tunnel doors are slowly being replaced with mesh to allow a better airflow to help the plants in the really hot days.

Outside each tunnel we are constructing permanent concrete plinths for the 1000 Litre Flexi Tanks to sit on as they weigh 1 ton each.Now onto the pods…they are slowly but surely starting to form and the odd one ripen, I sent a ripe “King Naga” to Adam Marks of Mr Vikki’s the other day to see if he approved & he gave me a BIG thumbs up & says he wants his first shipment of 50 kilos ASAP. 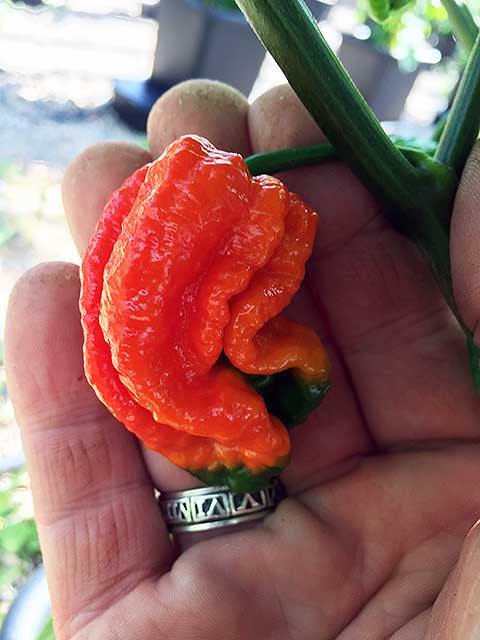 My friend Henry Font from Italy has supplied me with some wonderful seeds this year and one of the Varieties is called a “Trinidad Dog” its a cross between a Red Moruga & a 7 Pot Barrackpore and the first tasting of one was by my friend Rickard Haglund from Sweden and his thoughts were & I quote ..

“Quite powerful, rather similar to a Trinidad Moruga Scorpion (TMS),fruity but with a powerful (and pretty instant) kick”

Anyway back into prison I go bye for now.